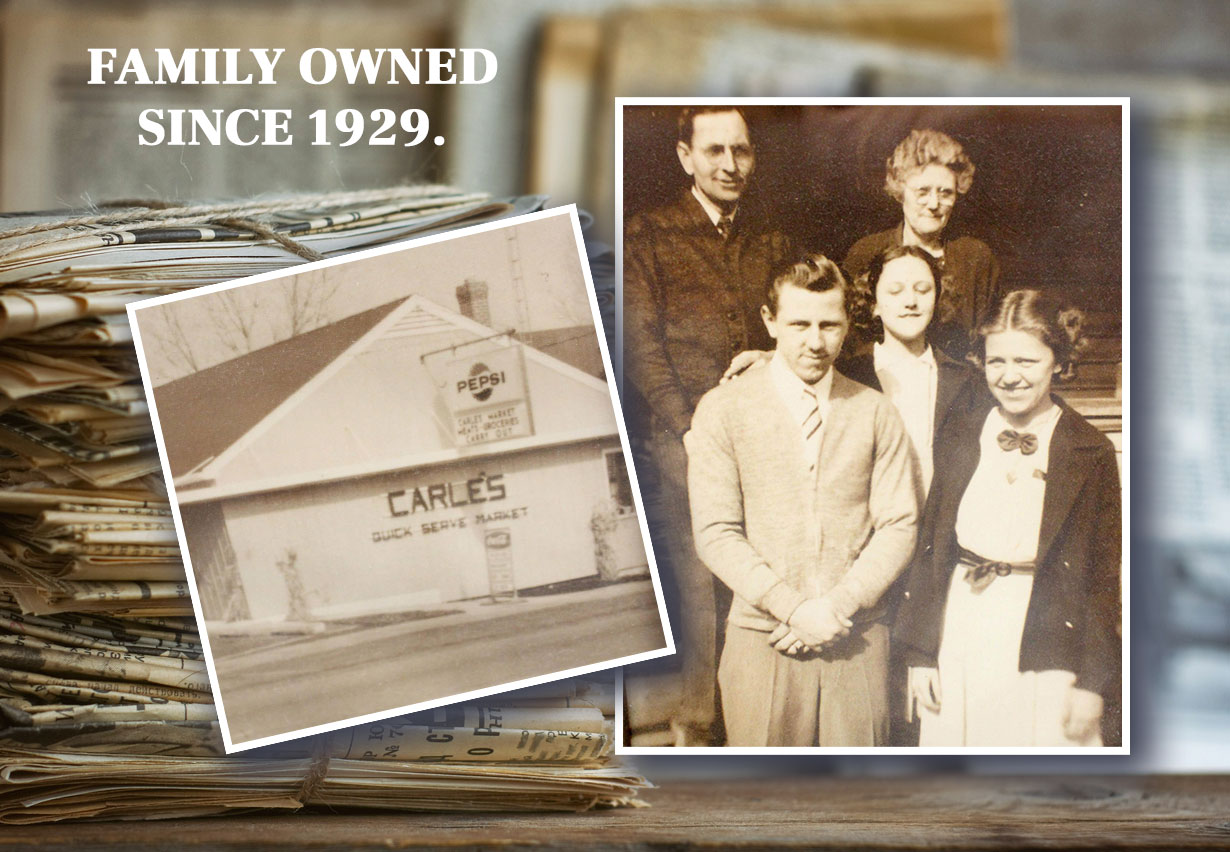 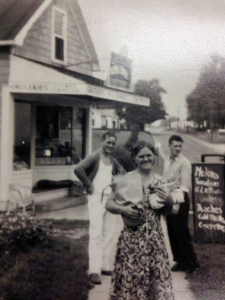 In August of 1929, Harry and Alta Carle opened a small neighborhood grocery store in the small town of Bucyrus, Ohio along the Lincoln Highway. Their children all helped out. Son Louis was a meat cutter by trade. Daughters Dorothy and Ruth eventually took over the operation of the store as their father retired.

Along the way, Carle’s evolved into a meat-market and deli, known for USDA Prime beef, homemade deli salads, and its delicious Bratwurst.

In 1968, the Bucyrus Bratwurst Festival was born, adding popularity to the Bucyrus-style brats eight local markets produced. Only Carle’s remains from those eight markets. A continuing increase in retail sales as well as a nationwide demand for brats, led to the construction of the current USDA-inspected building in 1992. This phase was led by Ruth’s children Carla and Chris, as they proceeded to lead the business as Dorothy and Ruth retired.

Since then, Carle’s bratwurst have been shipped all over the United States as gifts of a Bucyrus memory to displaced locals as well as to newly acquired fans. Increased space to the store has added 48 seats for eating-in from our hot-foods and deli cases.

Even one more phase has brought Gary Auck, with his 40 years of food knowledge and creative ideas, to offer catering from boxed-lunches to formal events of 300. Carle’s is truly blessed to remain strong in the 92nd year after Harry and Alta started a one-room market.